Menu
Install the app
You are using an out of date browser. It may not display this or other websites correctly.
You should upgrade or use an alternative browser.

Trick / Solution Samsung A125, A127 (display revisions and compatibility)

A unique trick / solution for this problem by GeeksBoard

Samsung A125, A127 (display revisions and compatibility)​

Cross-flipping (A125 vs A127) - both displays fit each other - although they are broken, the picture is shown.

Displays from M127F were bought by mistake first. With them, only the backlight appeared.
Then the original (African) displays GH82-24491A (SM-A125F_V04) were bought - I threw it in, checked it - it works only on the A125F device.
When connected to A127F, the device does not start.

PS Samsung? what are you doing) 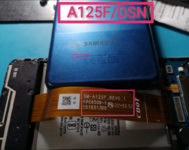 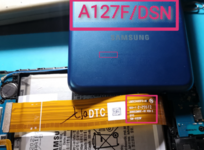 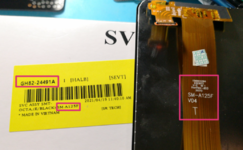 There is no indication of compatibility with a125f.

The funny thing is that even search123 does not know anything about a127f.
You must log in or register to reply here.

Samsung Tuesday at 12:40 AM
GuDron